NEW YORK, July 23, 2021 /PRNewswire/ — Having racked up a billion-plus audio streams, countless sold-out concerts and millions of fans across the globe in their ten years together as 2CELLOS, the Croatian duo of Luka Šulić and HAUSER today announce their sixth full-length album Dedicated, out Friday, September 17 via Sony Masterworks. Available for preorder now, Dedicated celebrates the group’s momentous 10-year-anniversary, the album’s namesake an apt nod to 2CELLOS’ continued dedication to each other, their fans, the instrument and their signature playing style. The group will also make their long-awaited return to the stage in support of the new album, kicking off their 2022 U.S. Dedicated Tour on March 26 at Rosemont’s Allstate Arena before stopping at iconic venues including New York’s Barclays Center (April 3) and Los Angeles’ Hollywood Bowl (April 15) – full U.S. tour dates and ticketing information can be found HERE (tickets on sale at 12pm Local Time.) Making its debut alongside album preorder today is 2CELLOS’ latest single, “I Don’t Care,” a smooth rendition of the Ed Sheeran hit, as well as an accompanying music video featuring special and never-before-seen moments from the duo’s career over the last decade – watch here.

The news arrives on the heels of their latest single releases, “Demons,” a haunting version of the Imagine Dragons’ hit song, and “Livin’ on a Prayer,” a vibrant rendition of the Bon Jovi rock classic. Following a brief hiatus for 2CELLOS, where they each took some time to reflect on their accomplishments and relax, the duo linked up again in the studio amidst the 2020 global pandemic to reimagine the pop anthems and timeless rock staples that encompass the ten tracks on their forthcoming album, Dedicated. The arrangement process relied on a combination of gut instinct and intense study, practice, and transposition as the duo recharged instantly recognizable by everyone from Billie Eilish to Guns N’ Roses.

“Breaks are good for reflection,” says HAUSER of their new album. “You look back on all you’ve done so far and which direction you want to take for the future. We were traveling so much that we never had this kind of time for reflection. Everything is so much clearer.” Šulić adds, “We always planned to come back, and we came into Dedicated with a fresh approach and energy. We haven’t been on stage for two years now, so we can’t wait to get back out!”

Dedicated finds 2CELLOS exploring a diverse catalog with their signature boundary-breaking playing style. The collection includes their take on everything from classic pop hits (“bad guy”  by Billie Eilish, “Shallow” by Lady Gaga, “Halo” by Beyonce) to hard-hitting rock songs (“Cryin'” by Aerosmith, “Sweet Child O’ Mine” by Guns N’ Roses, “Wherever I Go” by OneRepublic) to celebrated classics (“Sound of Silence” by Simon and Garfunkel) for a one-of-a-kind listening experience. Complete track list below.

“When you listen to us, we hope you realize the cello is a versatile and diverse instrument capable of playing the hardest rock, the softest ballad, and the most contemporary of music,” HAUSER concludes. “It moves you in a way that’s equally powerful. It has a whole palette of emotions, ups, and downs. We’re trying to give you an experience you can’t get anywhere else.”

ABOUT 2CELLOS
2CELLOS is the eclectic, international sensation comprised of two classically trained cellists who reached video viral fame on YouTube from their 2011 rendition of Michael Jackson’s “Smooth Criminal.” The pair, Luka Šulić and HAUSER, have since created a name for themselves with their electric and dynamic playing style. Together, 2CELLOS have amassed a staggering 1.3 billion YouTube views, 5.5 million YouTube subscribers, 1 billion streams, and have sold nearly 1 million tickets. 2CELLOS have taken the cello to unimagined heights as their signature style breaks down the boundaries between genres of music, from classical and film music, to pop and rock. Known for their electric live performances, 2CELLOS have sold out shows across the globe at historic venues including New York City’s Radio City Music Hall, London’s Royal Albert Hall and the Sydney Opera House. The duo has performed alongside musical greats Steven Tyler, Andrea Bocelli, Red Hot Chili Peppers, Queens of the Stone Age and George Michael, to name a few, and was hand-picked by Sir Elton John to perform both as an opener as well as part of the iconic singer’s live band. 2CELLOS are celebrating their 10th anniversary this year, and are working hard to continue reaching new stratospheres. 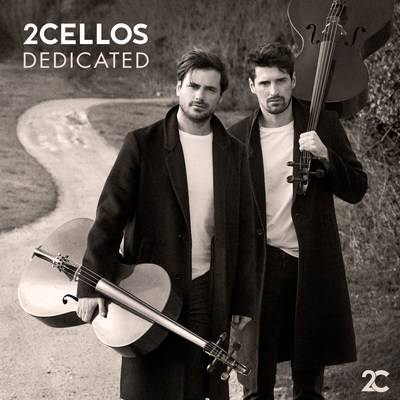