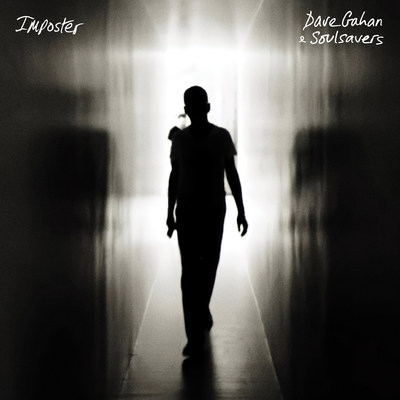 One would be remiss to refer to Imposter as a cover album. Rather, Imposter is a story of songs, which Dave Gahan & Soulsavers listened to, studied, absorbed, and gave a new life. All of the songs have deep meaning to Dave, making Imposter a reflection of Dave’s life – a story told by others, but in his own distinct voice.

“When I listen to other people’s voices and songs—more importantly the way they sing them and interpret the words—I feel at home,” Dave Gahan confesses. “I identify with it. It comforts me more than anything else. There’s not one performer on the record who I haven’t been moved by.” He adds, “I know we made something special, and I hope other people feel that and it takes them on a little kind of trip—especially people who love music and have for years.”

The first offering from Imposter will be “Metal Heart.” Written by Chan Marshall (Cat Power), and first released in 1998, the reimagined version from Dave & Soulsavers will drop on October 8th.

Unlike Dave Gahan & Soulsavers’ past albums which were transatlantic collaborations where the duo recorded separately and passed parts back and forth, the recording of Imposter was done live as a ten-member band at the famed Shangri-La Recording Studio in Malibu, CA in November of 2019. This allowed for not only a more intimate collaboration, but for Dave & Soulsavers to truly absorb the atmosphere and have the space to breathe a different spirit into the tracks. In an interview with podcaster and media personality Chris Black, Dave noted, “This was the first time we were all in one space. It was kind of lucky [timing] as well… Arriving at Shangri-La every day, it was magical. We’d have coffee, go in, and work.”

Imposter, also produced by Rich Machin and Dave Gahan, serves as the collaborators’ third album, following their critically acclaimed 2015 release Angels & Ghosts and their first release, 2012’s The Light the Dead See. The album will be released in digital, as well as physical formats, worldwide on November 12th through Columbia Records.

Visit www.DaveGahan.com and Instagram.com/theimposter for additional album information and updates. 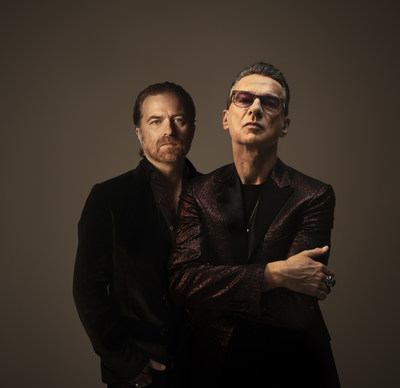 “Late Night Talking” Live! @ One Night Only in New York

And that’s a wrap! We had a fantastic week at @PodcastShowLDN. Until next year👋 #PodShowLDN

Keep up to date with the latest news from Sony Music Entertainment Podcasts by signing up to our mailing list 👉 https://forms.sonymusicfans.com/campaign/sony_music_podcasting_b2b_sign_up_2022/

Oh what a night! Florence Given and Munroe Bergdorf put on an amazing live show for the podcast 'Exactly with Florence Given' last night. The pair conversed on their social media journeys, upcoming book releases and being their authentic selves. 💕💎 #PodShowLDN

In the summer of 1984 Prince wasn’t just popular he was red-hot! Join host @SlingshotAnnie as she tells the story of how the Purple Rain Tour took hold of America and how Prince became a household name. ❤️‍🔥

In podcasting complete authenticity is key. Today at @PodcastShowLDN, Florence Given and Reed Amber unlocked what it means to move conversations from social to audio. 🔐 #PodShowLDN

It was lovely to have POWER: Hugh Hefner host and journalist @AmyRosary at the #PodShowLDN to discuss going from print 👉 podcasts.