The Multi-Year Partnership With Hamaki’s Producer, Hamdy Badr Of Craft Media, Will Support The Growth Of Established And Emerging Stars Of Egypt And The Arab World

DUBAI, UAE, March 1, 2021 /PRNewswire/ — Sony Music Middle East announced today an exclusive recording, licencing and distribution agreement with renowned Egyptian popstar, producer and TV personality Hamaki. This is the first time the world leading Arabic pop star has ever signed to an international record label and will see the release of multiple singles and an album in 2021. 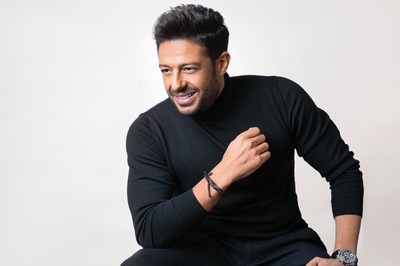 Further strengthening the company’s commitment to Arabic music and growth of the region, Sony Music also announced a multi-year, multi-artist production agreement with one of the world’s leading Arabic music producers, Hamdy Badr, and his Cairo-based production company, Craft Media. The partnership with Badr, who is also Hamaki’s music producer, will help grow and scale Egyptian Pop music through multiple projects with hit recording artists and developing talent over the coming years.

“We are delighted to welcome Hamaki and Craft Media to the Sony Music family,” said Shridhar Subramaniam, President, Strategy and Market Development Asia and Middle East, Sony Music. “Hamaki and Hamdy are superstars and trailblazers whose music resonates across the world. The Middle East is one of the fastest growing music markets in the world and this new partnership signals our continued commitment to Arabic music and artists across the region.”

“Both Hamaki and I are delighted to be working with Sony Music and their fantastic people in Dubai and across the world,” added Hamdy Badr, founder of Craft Media and Manager of Hamaki. “Sony Music has a strong reputation in the Middle East for its creativity, drive and always putting the artist first in everything it does. So we are extremely proud to announce this partnership and look forward to making great music and bringing success to the many fantastic artists in Egypt and the Arab world.”

Hamaki has forged an impressive career in the Arab world, amassing over a billion audio and video streams worldwide through a career of hits including “Rasmak fi khayali”, “Kol youm men da”, “Ya Sattar”, “Oddam El Nas”, “Mel Bedaya” and “Wahda Wahda”. Hamaki is also a producer and TV celebrity, enjoying success on stage and on screen. In 2010, he won Best Arabic Act at the MTV Europe Music Awards. In 2016, he was awarded Best Arabic Singer for the Murex D’or and Best Middle Eastern Artist at the Big Apple Music Awards. Hamaki also received widespread praise in 2019 as a coach in the fifth season of The Voice Arabia and The Voice Kids.

Founded by Hamdy Badr, Egypt’s leading producer and artist manager, Craft Media has powered many of Egypt’s biggest super stars such as Hamaki, Maya Diab, Pousi and Mahmoud Al Lethy and has helped deliver numerous TV programs in the Middle East, including The Voice, Carpool and The Masked Singer shows.

About Sony Music Entertainment
At Sony Music Entertainment, we fuel the creative journey. We’ve played a pioneering role in music history, from the first-ever music label to the invention of the flat disc record. We’ve nurtured some of music’s most iconic artists and produced some of the most influential recordings of all time. Today, we work in more than 60 countries, supporting a diverse roster of international superstars, developing and independent artists, and visionary creators. From our position at the intersection of music, entertainment, and technology, we bring imagination and expertise to the newest products and platforms, embrace new business models, employ breakthrough tools, and provide powerful insights that help our artists push creative boundaries and reach new audiences. In everything we do, we’re committed to artistic integrity, transparency, and entrepreneurship. Sony Music Entertainment is a member of the Sony family of global companies. Learn more about our artists, creators, and labels here.

About Craft Media
Craft Media is a pioneering production company in Egypt and the wider MEA region. Founded in 2003 by a dedicated media entrepreneur, Producer Hamdy Badr. Craft Media produces & cooperates in producing diversified media productions from Song production, television advertisements, and involved in TV programs such as The Voice, Carpool and The Masked Singer shows. That is in addition to the production of Theatre shows, TV Series songs, and high-quality media services from Pre to Post production, social media campaigns, local & International concerts and online events. Craft Media is one of the leading management companies representing some of the top artists, not only in the musical field, but also actors and a number of famous celebrities. Provides representation to a diverse roster of celebrities, capable of transforming ideas into an actual successful production.