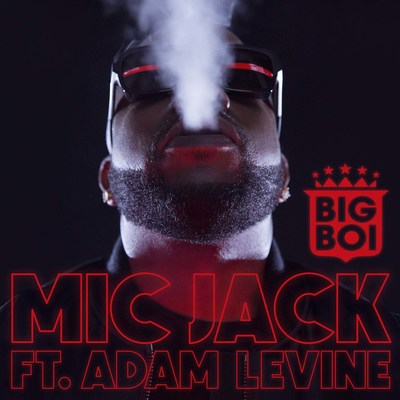 On April 24, Big Boi takes over the stage at NBC’s The Tonight Show Starring Jimmy Fallon for the first television performance of “Mic Jack.“

One of history’s tightest and most clever rhyme mavericks, Big Boi‘s indelible influence courses throughout two generations of rap music. As one-half of OutKast, he achieved six GRAMMY® Awards, sold 25 million records, and created a string of music’s most influential work, including Aquemini, Stankonia, Southernplayalisticadillacmuzik, and Speakerboxxx/The Love Below—which went RIAA Diamond making OutKast the first and only hip-hop artist in history to win the GRAMMY® for ‘Album of the Year.‘ Big Boi’s 2010 solo debut, Sir Lucious Left Foot: The Son of Chico Dusty, bowed at #3 on the Billboard Top 200 and received unanimous critical acclaim with Pitchfork proclaiming it one of the “100 Best Albums of the Decade ‘So Far'” and topping year-end lists from Time, Paste, Vibe, and more.