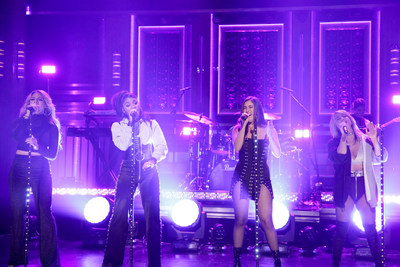 Working with some long time partners, new powerhouse producers and DJs such as The Stereotypes, Skrillex, Poo Bear, Monsters and Strangerz, Ester Dean, Ammo & Dallas K, Dreamlab, Harmony Samuels, Tommy Brown and Sebastian Kole, Fifth Harmony promises an album packed with energy, passion, and show-stopping vocals. With most of the album co-written by Ally, Dinah, Lauren and Normani, listeners will get a sense of the girls’ individuality as artists, in addition to showcasing the confident and empowering collective voice of Fifth Harmony that fans know and love.

“Down,” the lead single from the album released June 2, was the group’s fastest rising single ever on iTunes, hitting number two within moments of release. The track marked the Fifth Harmony’s best sales debut and was the #1 most added song at both Top 40 and Rhythmic Radio. The group continued to give fans a preview of what to expect on FIFTH HARMONY when they performed “Down” on The Tonight Show Starring Jimmy Fallon last night – watch the performance HERE. The track is still buzzing with critical acclaim with Headline Planet asserting, “‘Down’ absolutely boasts rhythmic credibility. Lauren Jauregui, Dinah Jane, Normani Kordei and Ally Brooke deliver their lines with confidence. Effortlessly sexy and unquestionably infectious.” Rolling Stone added the song is “smooth” and “cruise-ready” and Vibe firmly concluded: “Fifth Harmony and Gucci Mane hold things ‘Down.'”

Get “Down” feat. Gucci Mane here:

Fifth Harmony returns with the much-anticipated release of new single “Down” feat. Gucci Mane, the first of new music from the group’s forthcoming album, due out in 2017 via Syco Music/Epic Records. “Down” follows the record-breaking success of Fifth Harmony’s sophomore album 7/27.  “Work from Home,” the album’s 5x platinum certified first single, earned Fifth Harmony their first top 10 hit on the Billboard Hot 100, notching the top spot on both the Billboard Rhythmic and Pop Songs charts. Their second single “All In My Head (Flex)” is certified platinum, while their latest single “That’s My Girl” was another top 40 radio hit. The group’s accomplishments on the charts added to an award-winning 2016, with first-time wins at the American Music Awards, iHeartRadio Music Awards, People’s Choice Awards & Much Music Video Awards, their second win at the Nickelodeon Kids Choice Awards, two wins at the MTV Video Music Awards & Radio Disney Music Awards and three wins at the Teen Choice Awards. Fifth Harmony’s global 7/27 Tour began its North American leg that summer, hitting over 30 cities before heading to Europe in the fall and continuing on to Asia in early 2017. Fifth Harmony’s already successful 2017 kicked off with a performance at the People’s Choice Awards and has already brought the group wins for every nomination so far, including “Favorite Group” for the second year in a row at the People’s Choice Awards, three wins at the iHeartRadio Music Awards, two wins (Favorite Music Group & Fiercest Fans) at the Radio Disney Music Awards, and the two top honors – “Favorite Music Group” and “Favorite Song” – at the Nickelodeon Kids’ Choice Awards. In 2015, Fifth Harmony released their debut album, Reflection, which debuted at No. 5 on the Billboard 200 and has since been certified Gold. Reflection includes two platinum records, “BO$$” and “Sledgehammer” in addition to the quadruple-platinum success of the single, “Worth It.” The group is currently in the studio working on their highly-anticipated third album. 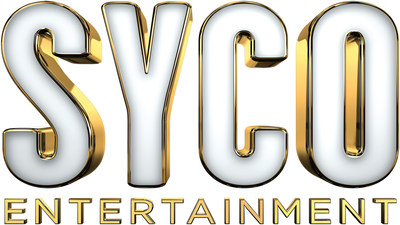