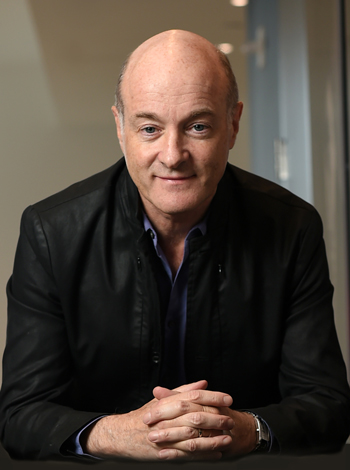 David Massey is the President and CEO of Arista Records, a division of Sony Music Entertainment, that was relaunched in 2018 as part of a new partnership between Sony Music and Massey. Arista Records’ roster includes GRAMMY-nominated multi-hyphenate, JP Saxe, international rock band, Måneskin, MC/singer/actress/activist, Princess Nokia, alternative-R&B singer, Tai Verdes, as well as rising artists such as, KennyHoopla, UPSAHL, carolesdaughter, and Audrey Nuna.

For five years, Massey was President and CEO of Island Records, where since 2013 he oversaw hits from Shawn Mendes, Demi Lovato, Nick Jonas, The Killers, Fall Out Boy, Mike Posner, Elton John, Bon Jovi, and Tove Lo, among others. Prior to running Island, Massey spent six years as President of Mercury Records, where he achieved significant success with Duffy, Portishead, Taio Cruz, Neon Trees, The Wanted, The Gaslight Anthem, and Jake Bugg. During his time at Mercury, he also oversaw A&R for several major Island Records artists.

Before that, Massey served as Executive Vice President, A&R, Sony Music Label Group U.S., a post he was named to in 2004, and President of his own imprint Daylight Records, which was founded in 2000. Under his leadership, Daylight became home to the Jonas Brothers, Good Charlotte, Cyndi Lauper and Anastacia. He spent his early career at Sony Music with Epic Records, where he spent 10 years in various roles, including EVP/ GM and Executive Vice President of A&R. During his time with Sony Music, he worked with artists including Shakira, Oasis, Franz Ferdinand, Travis, Silverchair, and Delta Goodrem.

Prior to joining Epic, Massey was based in London where he had a successful career in artist management, working with artists such as Wang Chung, in addition to heading his own independent record company, Big World Records. He holds a Masters in Law from Cambridge University.