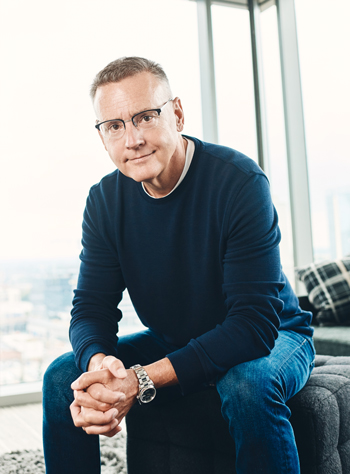 As Chairman and CEO of Sony Music Nashville, Randy Goodman has orchestrated the ascension of the SMN family of labels and artists; succeeding not by reacting to change, but by staying in front of it. Respected for his leadership style, strategic vision, and passion for music, Goodman has attracted a diverse roster of talented artists aligning SMN’s human and company resources to reach consumers, build meaningful careers, and advance country music on a global scale.

Additional Sony Music Nashville highlights include the further diversification of its roster with the signings of Kat & Alex and Willie Jones,  and the continued success of Luke Combs, Maren Morris, Kane Brown, Old Dominion, Miranda Lambert and Chris Young, among others, as well as recent noteworthy new artist breakthroughs. Tenille Townes released her Juno Award-winning debut album The Lemonade Stand and won her first two ACM Awards. Jameson Rodgers’ Platinum “Some Girls Do” topped airplay charts and Niko Moon’s Platinum-certified “Good Time” became 2021’s first debut single to take the No. 1 slot on both Billboard’s airplay and Hot Country Songs chart, echoing a feat Sam Hunt made in 2014. Rodgers and Moon are both nominated for Breakthrough Artist of the Year for the 2021 MusicRow Awards.

A 34-year industry veteran and a Nashville native, Goodman’s extensive career includes 16 years with RCA Records. During that time he served as Executive Vice President/General Manager of the RCA Label Group in Nashville, the forerunner of what is now SMN. Over the course of his career at RCA, he also spent five years as Senior Vice President/Marketing worldwide for RCA in New York prior to returning to Nashville. While at RCA, he worked with such superstars as Waylon Jennings, Alabama, Kenny Chesney, Dave Matthews Band, Wu-Tang Clan, Martina McBride, Clint Black, Keith Whitley, and The Judds.

In 1997, Goodman opened Lyric Street Records for the Walt Disney Co., overseeing the label as President through 2010 and enjoying multi-Platinum success with Rascal Flatts and SHeDAISY, as well as Platinum-sellers Aaron Tippin and American Idol finalist Josh Gracin.

A past President and Chairman of the CMA Board and current member, Goodman co-chaired the Music City Music Council with former Nashville Mayor Karl Dean and is a board member of the Country Music Hall of Fame® and Museum. In addition, he is on the board of the Convention Center Authority, and has served in a wide range of industry consulting roles, as well as artist management. Goodman is a Lipscomb University alumnus.