THRILLER 40 TO BE RELEASED ON NOVEMBER 18

NEW YORK, Nov. 1, 2022 /PRNewswire/ — Forty years after the release of Thriller, the album that catapulted Michael Jackson into the superstardom stratosphere, Sony Music and The Estate of Michael Jackson announce the start of the global campaign to celebrate the 40th anniversary of the King of Pop’s landmark album. As part of the campaign, the Estate of Michael Jackson and Sony Music will host fan events around the world, all free to the public, including immersive experiences, screenings of the Thriller 40 documentary and other fan parties. 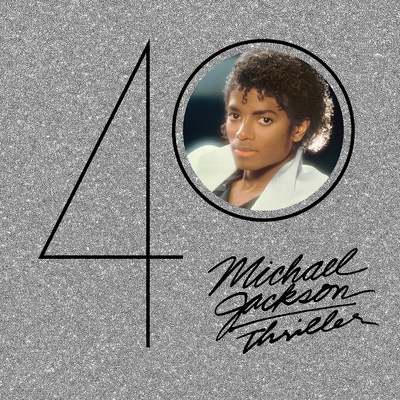 There will be two immersive experiences. One in Dusseldorf, Germany, November 10-13 and the second in New York City, November 18-20. Each will feature specific track-focused experiences, interactive elements, and social and photo opportunities throughout.

Fans in eight other cities around the world will be treated to a private one-time-only screening of the Thriller 40 documentary which details the making of the biggest selling album in the world.

And in other cities, fans will be invited to special Thriller-themed parties celebrating the release of the new expanded album and will have the opportunity to hear the full double-disc album for the first time.

Further details along with info on how the fans can get tickets for the various fan events can be found HERE.

Released November 30, 1982, the Thriller phenomenon revolutionized music, video standards, and choreography through Michael’s innovations for melding sound and visual art, the influence of which is still felt today. Thriller went on to win a record-setting eight Grammys and, with over one hundred million copies sold, it is the best-selling album of all time and the first album to be certified triple diamond by the RIAA. Read more HERE.

Michael Jackson is one of the most beloved entertainers and profoundly influential artists of all-time. He was also a dedicated philanthropist and an astute business professional. To date Jackson has sold more than 1 billion records worldwide, released 13 No.1 singles and became one of a handful of artists to be inducted twice into the Rock and Roll Hall of Fame. The Guinness Book of World Records recognized Jackson as the Most Successful Entertainer of All Time and Thriller as the Biggest Selling Album of All Time. Jackson won 17 Grammy Awards including 8 in one year, a record, and received 26 American Music Awards, including the Artist of the Century Award. Jackson defined the art form of music video with such ground-breaking short films as “Billie Jean,” “Beat It” and the classic “Thriller,” which in 2009 became the first and only music video inducted into the National Film Registry of the Library of Congress. In his short films “Black or White,” “They Don’t Care About Us,” “Bad and “Smooth Criminal” and others, Jackson set an aesthetic standard for video production that remains unsurpassed even today. The Estate of Michael Jackson and Cirque du Soleil have produced two top shows: Michael Jackson THE IMMORTAL World Tour was one of the top grossing tour of all time; and MICHAEL JACKSON ONE, a permanent show at Mandalay Bay Las Vegas, which continues to thrill audiences and to receive critical raves. And on February 1, 2022, MJ the Musical premiered on Broadway. The acclaimed show won the most Tony Awards for a new musical in the 2021-2022 season and continues to break weekly box office records at the Neil Simon Theater. Jackson’s sound, style and dance moves continue to inspire today’s performers and new generations of fans worldwide continue to discover his artistry.