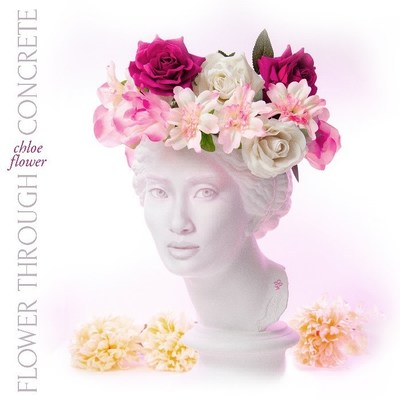 An official Steinway Artist, Chloe composed “Flower Through Concrete” on the state-of-art Steinway & Sons SPIRIO | r piano. “This solo piano ballad is an original work that I wrote and recorded during quarantine,” says Chloe of the euphoric new track.  “I created a song that evokes empathy and hope.  No matter what your struggle is, be the flower that pushes through what seems impossible; there is hope and light waiting.”

The instrumental ballad, “Flower Through Concrete” follows Chloe’s 2019 release of “No Limit,” her solo piano cover of the viral hit “Old Town Road” as well as her chart-topping single debut, “Get What U Get.” Chloe’s musical style is ever-growing and has cultivated her into a multi-genre artist. “I’m so inspired by pop and classical music that when I create songs, I naturally incorporate classical ideas within a pop music structure,” notes Chloe.

Continuing her mission of bringing classical music to the masses, Chloe appeared as the centerpiece at this year’s Roots X BOY MEETS GIRL New York Fashion Week event and at 2019 CFDA/Vogue Fashion Fund Finalist and Runner-Up, Danielle Frankel’s runway show with Vogue stating Chloe’s performance was a “funky, energetic spectacle.” She performed alongside Cardi B at the 2019 GRAMMY Awards, which exploded on social media and garnered over 9 million impressions and unanimous media praise. Her high-energy and high-fashion performance style has garnered attention of everyone from Pitchfork to Harper’s Bazaar with Cosmopolitan stating “Chloe Flower will smash whatever you think you know about classical music, and look fire doing it.” The superstar pianist also has received praise from The FADER, Entertainment Tonight, People, TIME and countless others.

ABOUT CHLOE FLOWER
The Pennsylvania native developed an appreciation for classical early on. By the age of two, Chloe would sit on phone books and play the piano. At 12, she went on to study at the prestigious Manhattan School of Music Pre-College under Zenon Fishbein and later with Herbert Stessin of The Juilliard School.  She continued her education at The Royal Academy of Music London, where she experienced a life-changing revelation while playing Bach and listening to hip-hop at the same time. She decided to blend the two together and quickly realized that “hip-hop beats and classical music sound really cool together.”