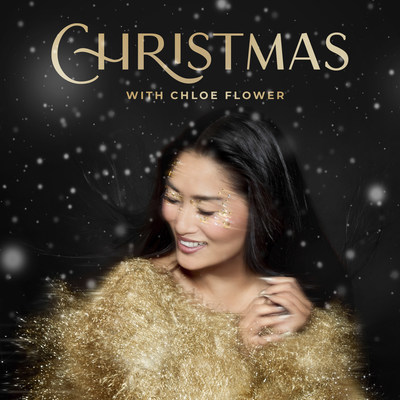 On her new EP, Christmas with Chloe Flower, fans can enjoy new arrangements of holiday favorites “The First Noel” and “Have Yourself A Merry Little Christmas,” as well as Chloe’s recording of the 1983 film- and chart-topping hit “Merry Christmas, Mr. Lawrence” composed by Ryuichi Sakamoto. Plus, “A Liberace Christmas” features melodies from beloved Christmas classics “Jingle Bells,” “White Christmas,” “O Come All Ye Faithful,” and “Silent Night” seamlessly woven together to create a festive musical masterpiece. This particular Christmas medley was Liberace’s final TV performance before he passed away in 1987.

On ABC’s The Wonderful World of Disney: Magical Holiday Celebration, which aired Sunday, November 27th, Chloe performed her showstopping version of “Carol of the Bells” complete with dancers, fireworks, and lights set against the backdrop of Disney’s Magic Kingdom castle. The supremely talented pianist was later joined on stage by pop superstars Ne-Yo and Becky G for an epic rendition of the Stevie Wonder holiday hit “What Christmas Means To Me.”

Chloe continues to reign in the holiday season with a performance of “A Liberace Christmas,” a musical medley of beloved holiday classics, on ABC’s Disney Parks Magical Christmas Day Parade, airing December 25th, Christmas Day morning and streaming on Disney+ and Hulu.

Of her televised performances at Walt Disney World Resort in Florida, Chloe comments: “The holidays are my favorite time of year, and there is nowhere on earth better to celebrate the magic and joy of the season than Disney! I felt like a modern-day Disney princess performing in front of the iconic castle. I hope my performances will inspire little prince and princesses to learn an instrument and see where music education can take them!”

Chloe Flower is an official Steinway Artist, composer, producer, activist, and fashion icon who began playing piano at the age of two. Not only in-demand as a solo artist, Chloe is the pianist-of-choice to music royalty having recently accompanied Meek Mill on a custom-wrapped grand piano to a packed audience of 20,000 fans at Madison Square Garden; and collaborated with Cardi B on their show-stopping, internet-breaking, viral Grammy Awards performance.

Chloe Flower proudly celebrates her Asian heritage and culture and is a fierce advocate for women’s representation — particularly women of color — in the music industry. Chloe sits on the board of directors for the Liberace Foundation and is a strong voice against human trafficking. She was honored by the Coalition to Abolish Slavery and Activism (CAST) and has spoken at the United Nations as a music education ambassador.