NEW YORK, April 26, 2018 /PRNewswire/ — Sony Music proudly announces the release of OVERBOARD (Original Motion Picture Soundtrack). The soundtrack for Overboard is a compilation of tracks by numerous musicians and features original music by Los Hanky Pankys, Rue Melo x ESCQ, Gente de Zona and Break Out The Crazy. The soundtrack is available April 27 for download, streaming and on CD.  A Metro Goldwyn Mayer Pictures (MGM) and Pantelion Films presentation of a 3Pas Studios production, Overboard is set for release on May 4. 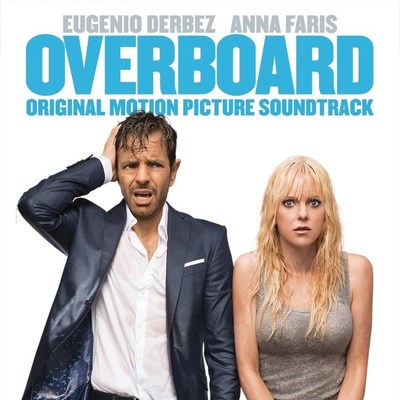 Overboard is a fresh take on the iconic romantic comedy. In a splashy new twist, Overboard focuses on “Leonardo” (Eugenio Derbez), a selfish, spoiled, rich playboy from Mexico’s richest family and “Kate” (Anna Faris), a working-class single mom of three hired to clean Leonardo’s luxury yacht. After unjustly firing Kate and refusing to pay her, Leonardo falls overboard when partying too hard and wakes up on the Oregon coast with amnesia. Kate shows up at the hospital and, to get payback, convinces Leonardo he is her husband and puts him to work – for the first time in his life. At first miserable and inept, Leonardo slowly settles in. Eventually, he earns the respect of his new “family” and co-workers. But, with Leonardo’s billionaire family hot on their trail and the possibility of his memory returning at any moment, will their new family last or will Leonardo finally put the clues together and leave them for good?

The film stars beloved Mexican film and television icon Eugenio Derbez (Instructions Not Included, How to Be A Latin Lover) as Leo, Anna Faris (“Mom,” The House Bunny) as Kate and Eva Longoria (“Desperate Housewives”) as Theresa.

Filmmakers Rob Greenberg (“How I Met Your Mother”) and Bob Fisher (Wedding Crashers) teamed up to write and direct based on the 1987 motion picture written by Leslie Dixon. Ben Odell (How to be a Latin Lover) and Derbez produced via their 3Pas Studios.