NEW YORK, Feb. 14, 2020 /PRNewswire/ — Sony Masterworks Broadway announces the release of SING STREET (ORIGINAL BROADWAY CAST RECORDING), an album of music from the critically-acclaimed musical adaptation of John Carney‘s indie hit film.  Available for preorder now, the album will be released digitally Thursday, March 26, coinciding with the show’s hugely anticipated Broadway debut at the Lyceum Theatre that same evening, with the physical CD release to follow on Friday, April 17.   Featuring music and lyrics by Danny Wilson front man Gary Clark and John Carney, the album was produced by Clark and Tony and GRAMMY Award winner Martin Lowe and mixed by Dave Bascombe, a frequent collaborator to new wave titans Depeche Mode, Tears for Fears, Peter Gabriel and more.  Making its debut alongside today’s pre-order is the album’s lead single “Up,” which Entertainment Weekly describes as “an ode to how great it feels to fall in love.”– listen here. 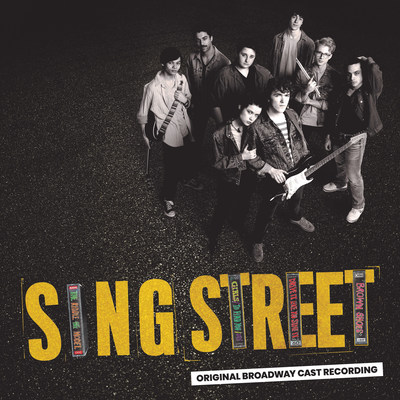 Dublin, 1982. Everyone is out of work. Thousands are seeking bluer skies across the Irish Sea.  Conor and his schoolmates find an escape from their troubles by forming a band to impress a mysterious girl. With an original score that embraces the sounds of the ’80s, SING STREET celebrates the thrill of rebellion, the joy of first love and the power of music.