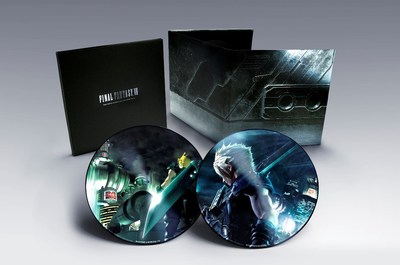 FINAL FANTASY VII REMAKE is a reimagining of the iconic original game that re-defined the RPG genre, diving deeper into the world and its characters than ever before. The first game in this project will be set in the eclectic city of Midgar and presents a fully standalone gaming experience that provides a great starting point to the series.

Trailer is available on YouTube (https://www.youtube.com/watch?v=QLYyWAqTTAo). Related assets can be found on the press site: press.na.square-enix.com.

FINAL FANTASY VII REMAKE is not yet rated. Please visit the Entertainment Software Rating Board (ESRB) website at www.esrb.org for more information about ratings.

Since the release of FINAL FANTASY in 1987, this unique RPG series continues to showcase the spectacular visuals, highly imaginative worlds and rich stories leading the industry and earning the highest accolades from users around the world. Titles of the series have so far achieved a cumulative shipment of over 144 million units worldwide.

FINAL FANTASY VII, which sold more than 12 million copies worldwide across multiple platforms on the PlayStation® computer entertainment system, is universally regarded as a hallmark title of the RPG genre. The critically-acclaimed title raised the bar with its captivating narrative, colorful cast of characters and cinematic movie sequences, leveraging cutting-edge technology of the time.

More information on Square Enix Co., Ltd. can be found at https://www.jp.square-enix.com/