NEW YORK, June 21, 2019 /PRNewswire/ — Coming off the release of her debut single “Get What U Get,” powerhouse pianist CHLOE FLOWER today releases her first-ever music video for the track.  Directed by Santiago Salviche (Jennifer Lopez, Mariah Carey), the video finds Chloe at the center of the action, performing amongst a cast of powerful female dancers.  Mimicking the rise and fall of Chloe’s emotive melody, the mesmerizing video showcases Chloe’s high-energy performance style and reflects the empowering message behind “Get What U Get” – watch here.

Of the video, CHLOE FLOWER says, “The overall message of the video is freedom, empowerment, and owning who you are. We are too often held down by relationships, people or even societies views on what mold we should fit into.  My mission through my music is to inspire people to break free from the real or imaginary chains that are holding them back.”

Following her show-stealing performance alongside Cardi B at the 2019 Grammy Awards, Chloe Flower released her much-anticipated debut single “Get What U Get” on Sony Music Masterworks.  Debuting the track in her first-ever solo TV performance on TODAY, “Get What U Get” immediately shot to the top of iTunes’ Classical Chart, holding the No. 1 spot that same day.  With an original arrangement rooted in classical instrumentation, the song has all of the style and flare of a pop record, with co-production from pop heavyweights Tommy Brown, Anthony “Tone” Jones and Chloe’s longtime collaborator Babyface.

“Get What U Get” is only the beginning for Chloe, as she continues on her mission to make classical music accessible to the masses, a vision she brings to life through high energy, high fashion and boundless talent.  Her viral Grammy performance incited 9 Million social media engagements and generated unanimous praise from press.  From Complex, FADER and Pitchfork to Entertainment Weekly, ET, People and TIME as well as ELLE, Harper’s BAZAAR and The Cut, the press world has been buzzing about Chloe’s talent, charisma and style.

As the story goes, the Pennsylvania native developed an appreciation for classical early on. By the age of two, Flower would sit on phone books and play the piano. At 12, she went on to study at the prestigious Manhattan School of Music Pre-College under Zenon Fishbein and later with Herbert Stessin of The Juilliard School.  She continued her education at The Royal Academy of Music London, where she experienced a life-changing revelation while playing Bach and listening to hip-hop at the same time. She decided to blend the two together and quickly realized that “hip-hop beats and classical music sound really cool together.”

In 2010, she serendipitously met industry icon Kenny “Babyface” Edmonds and landed a deal with his label imprint SODAPOP/Island Def Jam. Soon, she found herself in the studio working alongside the legend and co-producing “Lullaby” for Céline Dion and “You Raise Me Up” for Johnny Mathis. Swizz Beatz caught a set and invited her to contribute to Nas’s 2012 chart-topper Life Is Good. As a result, she was featured prominently on record highlight “A Queens Story.” More recently, she teamed up with Mike WiLL Made-It, co-producing 2 Chainz for “Poor Fool” from 2017’s Pretty Girls Like Trap Music. Later that year, she also unveiled a holiday single entitled “Drummer Boy” alongside Questlove and Babyface in addition to other solo compositions. In 2018, she co-produced Swae Lee’s “Christmas at Swae’s.”

Beyond writing and performing, Flower stands out as an active philanthropist, working with the United Nations as a UNODC Artist Ambassador, combating human trafficking and supporting music education globally with a variety of charities, most notably her role as Music Education Ambassador for the Liberace Foundation.

“[CHLOE] IS A SUPERSTAR”
-People

“A STAR IN HER OWN RIGHT”
-Pitchfork

“IF WE KNEW PIANISTS COULD LOOK THIS FLY, WE PROBABLY NEVER WOULD’VE QUIT OUR CHILDHOOD PIANO LESSONS”
-Harper’s Bazaar 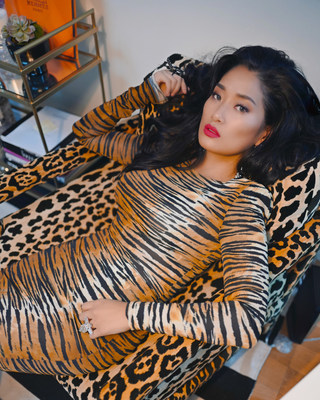 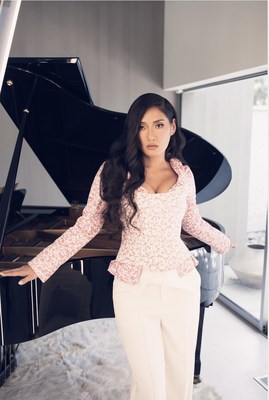