NEW YORK, June 25, 2019 /PRNewswire/ — Having amassed over a billion views on YouTube for their strikingly original and self-made music videos, THE PIANO GUYS return with a new, out-of-this-world visual, taking viewers on a journey to Pandora for their rendition of the Avatar theme.  Filmed at Disney’s World of Avatar, the new video immerses its viewers in the fantastical world inspired by the James Cameron film and music of composer James Horner.  The Piano Guys perform their rendition of Avatar‘s theme song amongst the floating mountains of Pandora and its bioluminescent rainforest, resulting in a breathtaking and dreamlike visual – watch here.  The audio track is also available everywhere now – listen here.

Of the new track and video, THE PIANO GUYS say, “Working with Disney inside the imagination that thrives in Disney World was a dream come true for us. We felt immersed in magic. And to simultaneously pay tribute to the master musician James Horner was also a humbling opportunity. Inspired by Disney’s innately limitless creativity, we included some creative elements of our own that we’ve never before attempted, including the first ever ‘bioluminescent’ cello and piano keyboard! We felt we were experiencing ‘Avatar in real life’ as we performed Mr. Horner’s theme in front of the majestic floating mountains and bathed in the light of Pandora’s bioluminescence. It was an experience unlike any other and we hope people who watch and listen feel the same spirit of boundless imagination we felt as played.”

Since formally introducing themselves in 2011 on YouTube, THE PIANO GUYS – Steven Sharp Nelson, Jon Schmidt, Al Van der Beek and Paul Anderson – unassumingly arrived as a musical phenomenon. Over the course of five studio records, two Christmas releases, and a fan favorite live album, they have impressively tallied 2 billion-plus global streams, clocked upwards of 1.7 billion YouTube views, earned six No. 1 debuts on the Billboard Top Classical Albums Chart, sold out concerts in almost every corner of the world, averaged nearly 2 million monthly listeners on Spotify, and attracted a diehard audience. Not to mention, they’ve appeared in The New York Times, Fast Company, BuzzFeed, Mashable, and People, were featured on CBS Sunday Morning and performed on the TODAY Show, Good Morning America and The Tonight Show. 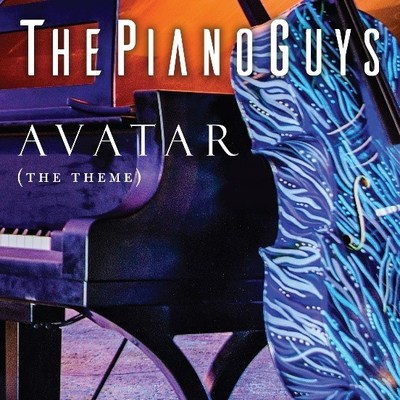