NEW YORK, March 16, 2018 /PRNewswire/ — Tony Award-nominee – Ramin Karimloo – releases new track “From Now On,” his version of the powerful song from the Oscar-nominated film The Greatest Showman. Written by Oscar, Grammy, and Tony Award-winning songwriting duo, Benj Pasek and Justin Paul, “From Now On” is available now for streaming and download HERE via all digital service providers. The music video is also out now – check it out here. 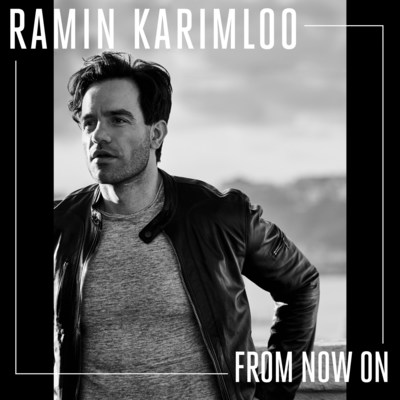 Of the track, Ramin says, “I was in Japan when I first heard ‘From Now On.’  I loved the lyrics and the story.  The melody hooked me and the chorus was anthemic.  The song came to me at a time when all I wanted most was to go home and be with family and friends.  I had been perpetually living out of a suitcase and felt like l was losing precious time.  Life was becoming, for me, about relationships.  Keeping great ones and actively trying to nurture them.  This song, in that moment, I knew I wanted to give it my rendition with my friends.”

Iranian-born Canadian singer and performer, Ramin Karimloo, is known as one of the most formidable talents in musical theatre. Critically acclaimed for his portrayal of leading roles – Jean Valjean in Les Miserables on Broadway (2014 Tony Award nominee) and London’s West End as well as the Phantom in Phantom of the Opera in London, Ramin is a musical force unlike any other. He immortalized the role in the 25th Anniversary Concert of Phantom of The Opera at The Royal Albert Hall, which was one of the most widely viewed shows in PBS history. He also originated the leading role in Love Never Dies, the sequel to Phantom of the Opera, for which he received an Olivier Award nomination. In addition, he played the role of Enjolras in the 25th Anniversary of Les Miserables at the O2 Arena in London.  Most recently, Ramin starred as Gleb in Anastasia on Broadway and Anatoly in Chess at the Kennedy Center in Washington, DC. Ramin released a major label debut album, Human Heart (2012), and three EPs, Within the Six Square Inch (2007), The Road to Find Out: East (2014) and The Road to Find Out: South (2016).