NEW YORK, April 27, 2018 /PRNewswire/ — Out today is the official lyric video for Marieme’s “What’s Cool” featured on the I Feel Pretty (Original Motion Picture Soundtrack) available now from Sony Music Masterworks. The album is a compilation of music from the film including tracks from Maroon 5 featuring SZA, Meghan Trainor, Santigold, Rostam, and Marieme. 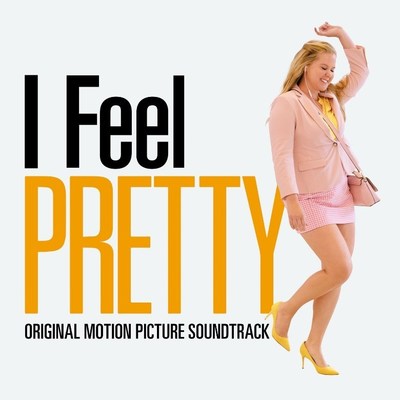 About I Feel Pretty
In I Feel Pretty, a woman who struggles with feelings of deep insecurity and low self-esteem, that hold her back every day, wakes from a brutal fall in an exercise class believing she is suddenly a supermodel. With this newfound confidence she is empowered to live her life fearlessly and flawlessly, but what will happen when she realizes her appearance never changed?

About Marieme
Marieme – the bold Senegalese artist who just released her self-titled debut EP has contributed “What’s Cool,” an original song to the soundtrack for the new film I Feel Pretty. Born amidst a war between the African nation of Mauritania and Senegal, Marieme’s unique upbringing shaped her into a brutally veracious artist with a captivating and socially-conscious voice.

Marieme caught the ear of the film’s music supervisor, Jason Markey, who thought her music, which explores themes of self-reliance, change, and evolution, would be a good fit for I Feel Pretty.

Jason Markey says, “Marieme’s song, ‘What’s Cool,’ is just one of those songs, when you hear it and see it to picture, it just works. I showed the song cut into the scene to Amy Schumer and she instantly told me, ‘It’s perfect, don’t change a thing,’ and we didn’t.”

About STXfilms
STXfilms is a division of STX Entertainment, a global next-generation media company whose mission is to unlock the value of the direct connection stars have with their fans through the development, financing, production, marketing and distribution of film, television, VR, digital video, music and live entertainment content. It is the industry leader in transforming beyond traditional platform-driven content to creating talent-driven enterprises.

The company is led by accomplished businessman Robert Simonds and was co-founded by Bill McGlashan, managing partner of the leading global private investment firm TPG. Other investors include Hony Capital, a leading private equity firm in China; PCCW, Southeast Asia’s largest Internet and cable services provider; Tencent Holdings, China’s leading provider of online products and services; Dominic Ng, Chairman of East West Bank; DNS Capital (representing the business interests of Gigi Pritzker and her immediate family); and Beau Wrigley, former Chairman and CEO of the Wm. Wrigley Jr. Company, among others. With these strategic relationships, the company is uniquely positioned to maximize the impact of content worldwide, with direct passage into the China market.